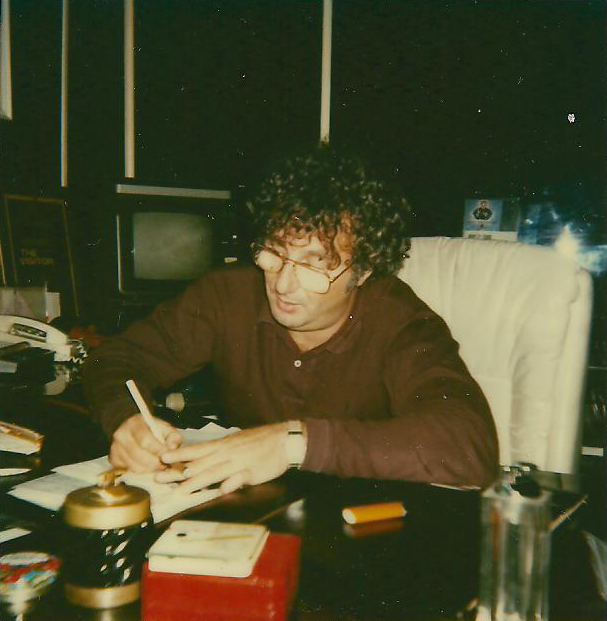 With Alexandrian-born producer and director Ovidio G. Assonitis, this year's film festival honors an authentic and independent spirit whose films have been celebrated by fans and cineastes as a »Guilty Pleasure« and have inspired many filmmakers.

The purest form of an independent filmmaker can perhaps only come from understanding the indissoluble connection between cinematic realization and financial effort. In this sense, Ovidio G. Assonitis has remained one of the few truly autonomous and independent filmmakers for over 50 years.

»I am a real 100% Independent Filmmaker. Everything started from my desk and ended at my desk«, is his refreshing take on an art form that has morphed more and more into an industry between artistic expression and financial needs. Without the ability to integrate one's visions into a fundable concept, there is no independence.

Born in Egypt, raised in Greece and living in Italy - a Mediterranean citizen - this is how the filmmaker describes himself. Ovidio G. Assoniti's first connection to Italian cinema and the film industry itself was through his father, Romeo Assonitis. In the mid-1960s, Assonitis began distributing films in the western, thriller, horror and action genres from a small office with only one secretary. By 1976 he had distributed more than 1000 commercially successful films, mainly in Southeast Asia. One of his most important former partners was a cousin of the King of Thailand, His Royal Highness Prince Anusorn. Towards the end of the 1960s, Assonitis began producing his first independent films.

During his most successful period in the 1970s, he was often disparagingly called the "King of the Rip Offs". But it also shows his great talent for commercial flair combined with the cinematic sensibility that characterizes his works like »Tentacles« (1977) or »Beyond the Door« (1974) and sometimes even, realized on so much less budget than their blockbuster predecessors a threat to Hollywood.

One would like to draw a comparison to art and describe Assonitis' films as a kind of mirrored pointillism. The further away you look at them, the less they reveal his artful storytelling. If you take a deeper look, you will discover scenes and sequences that radiate a unique beauty and visual power. With such moments, he has delighted numerous fans and inspired well-known American genre filmmakers, including Joe Dante and maybe also Quentin Tarantino.

His encounters with the Hollywood blockbuster industry is legendary. With »Beyond the Door«, the idiosyncratic and unique mix of »The Exorcist« and »Rosemaries Baby«, he achieved such great commercial success that Warner, afraid he could forestall them with a sequel, affected him by suing him for visual copyright issues. A hopeless endeavor that only made Assonitis' film more successful and ended with Warner offering him a deal to exploit his next four films. A triumph of David against Goliath.

One of these films became »Piranha 2 – The Spawning«, which marks the debut of James Cameron whose production history is as legendary as Cameron's subsequent career. Assonitis fired the young director after two weeks of shooting and took over directing himself when Cameron has already exceeded both schedule and budget. A number of stories and legends have been formed around the making of this film.

Italian cinematographer Roberto D'Ettorre Piazzoli shot the atmospheric underwater footage for »Tentacles«, his »Jaws«-inspired epic about a giant mutant octopus roaming the coast of California. Assonitis also worked with him on five other films. Piazzoli co-directed »Beyond the Door« and »Out of Control« under the pseudonym Robert Barrett. When it came to the realization of the music scores, Assonitis also focused on long-term partnerships and worked together with some of the best Italian film composers. Stelvio Cipriani, for example, created legendary soundtracks for »Tentacles« and »Piranha 2«. He later worked, as well as another of Assonitis' composers, Franco Miccalizzi, for Quentin Tarantino, who expressed his fondness for Italian genre cinema in the choice of his scores.

After his last film in 2003, »Red Riding Hood«, the now 78-year-old is far from retirement. Since then, Assonitis has devoted himself to the development of new cinema and series productions and has been working on remakes of his cult films. Since 2003 he has also been back in the distribution business for Southeast Asia and Malaysia.

The Films of the Retrospective

The following films will be shown as part of the retrospective in Oldenburg:

Material regarding the films mentioned above can be found on our website under press material.