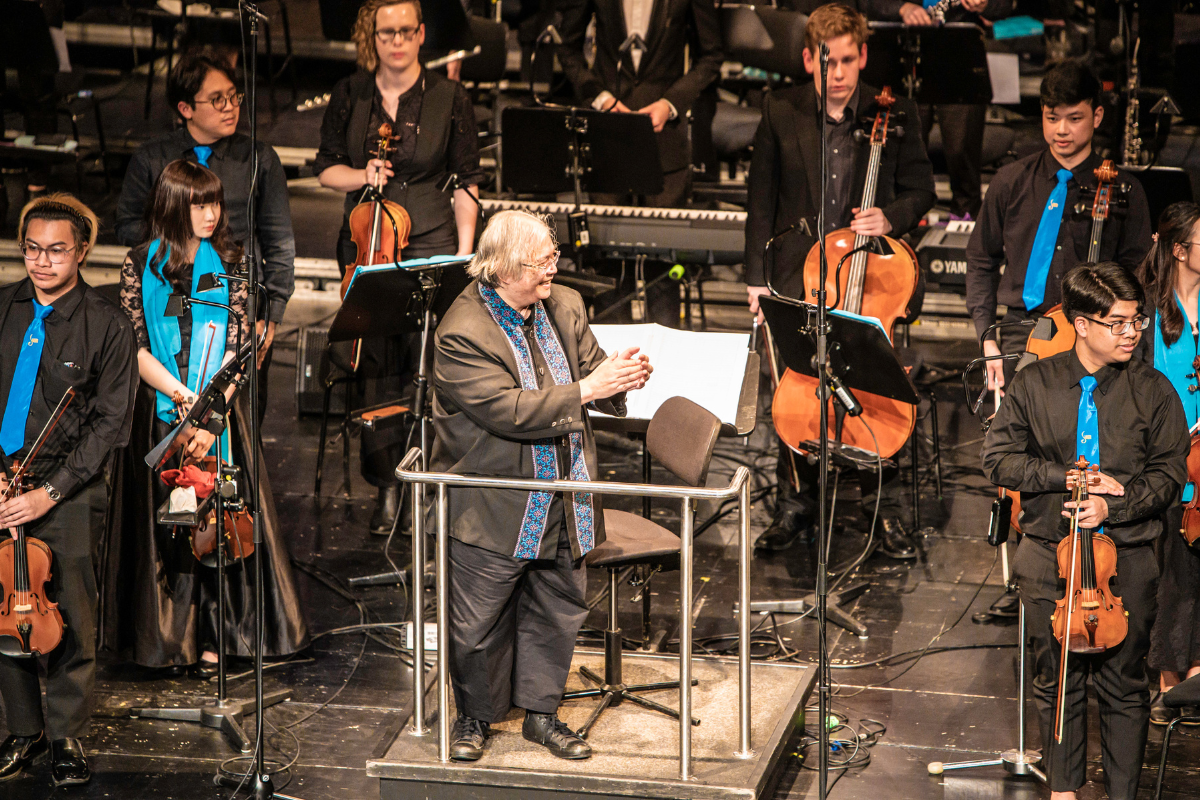 Thai composer, filmmaker, and novelist Somtow Sucharitkul returns to the Oldenburg International Film Festival with the Siam Sinfonietta for a Gala Concert at Lamberti Church.

After last year's spectacular performance of the Thai Youth Symphony Orchestra, the Siam Sinfonietta, both onscreen in their film »The Maestro« and live on stage in Oldenburg, the world renown conductor and his orchestra are returning to the Oldenburg International Film Festival.

At a Gala Concert in Oldenburg's magnificent Lamberti Church, on Saturday, September 17th, the Maestro will conduct a symphonic journey through the iconic scores of one of the greatest film composers of all time, Bernard Herrmann. With film scores spanning from Orson Welles’ »Citizen Kane« and Alfred Hitchcock’s »Vertigo« and »Psycho«, to the finest of New Hollywood cinema, such as Martin Scorsese's »Taxi Driver« and Brian de Palma's »Obsession«, Herrmann has created cinema history. Somtow himself counts him among the most important influences on his own work: »If the film industry had not happened, Herrmann would have evolved into one of the great opera composers of the 20th century.«

In addition to this Symphonic Cinema Event, Somtow and the Siam Sinfonietta will once again offer a taste of their mastery at the Opening Night Gala and will be present throughout the entire Festival.

The exclusive presale for this Gala Event will start on August 4, while the ticketing for the rest of the 2022 program will start at the end of August.

Tickets for the Gala Concert can be purchased at the Festival Lounge, located at Markt 18, Monday to Friday from noon to 4 pm or online at www.filmfest-oldenburg.de.